Is your Microsoft X box 360 experiencing problems and in need of a repair? Since its release in 2005, Xbox 360 consoles have experienced a number of technical problems. One of the most common of these problems is the Red Ring of Death or RROD when the three red light around the power button flashes red. The E74 error code is also a very common hardware failure. These faults often appear when the 360 Xbox overheats and makes the graphic chip move on the board during heat expansion.Other problems occurring on Xbox game consoles include a hard drive failure, an open tray disc error, a disc that cannot be read or accidental damage to the unit.Creative IT is experienced in the repair of all X box 360 models including X Box 360 Arcade, Xbox 360 Elite, X box 360 Super Elite. 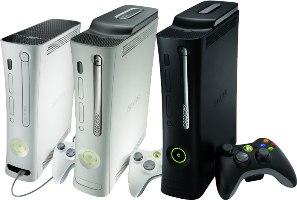 Get your Xbox 360 repaired while you wait

Creative IT will help you get your Xbox 360 working again. All our Xbox 360 repairs are guaranteed three months and done while you wait by experienced console repair technicians. Prices for repairs on broken Xbox 360 range from Â£35 + vat to Â£65 + vat. None of the games and saved profiles will be deleted when the console is repaired. Most Xbox 360 repairs are carried out within 40 minutes.

Â How to repair your Xbox?

To get instant help with your Xbox 360 repair, call us on 020 7237 6805 to book a repair and a collection within 24 hours. When you send your console, just post the unit and keep your accessories and power supply. Alternatively, you can bring your game console to our repair centre: we are open Monday to Saturday from 0900 until 1800 and will get it diagnosed and repaired while you wait.